If you’ve ever played any of the other tank classes before, there will be some things about FFXIV’s Dark Knight that do look familiar. However, Darkside adds an element of MP management that doesn’t exist with the other tanks, Paladin and Warrior. Let’s start with the basics first though.

During dungeons, you’re usually going to be fighting groups of two to three enemies more. Pull these enemies using your ranged attack Unmend, which has the added benefit of increasing your enmity (or hate if you prefer). Once the enemies are grouped together, regularly hit them with Unleash, which dishes out AoE damage that also increases enmity. Be careful though, as Unleash does drain your MP. Once you’ve got all the enemies together (and pointed away from the other party members, especially the healer), begin your Hard Slash -> Spinning Slash combo which quickly builds enmity on a single target.

Now FFXIV’s Dark Knight has two stances that can both be used at the same time but have very different functions. The first is Grit, which is similar to Shield Oath on Paladin. It will reduce your damage but greatly increase your enmity generation and reduces your damage taken. This should always be on if you’re main tanking (read: any four man dungeon). Next is the ability you just unlocked, Darkside. Darkside rapidly drains your MP but in return increases your damage. With this on, you can greatly aid your team’s damage per second (DPS) but you’ll need to keep your MP intake high to maintain this.

While in Darkside, the only way to reliably refresh your MP is by using Syphon Strike after Hard Slash instead of Spinning Slash. The problem is, this messes with your enmity generation. The trick is to start off by building hate with Unleash and Hard Slash -> Spinning Slash (with Darkside on if you’re starting with high MP), but then once you have hate pretty much locked, start using Syphon Strike after Hard Slash instead, mixing in Spinning Slash everyone in a while if your MP is high. By doing this, you can offset the damage that is reduced by Grit while still maintaining all of its benefits.

While that’s going to be your combo rotation of sorts, there are other important abilities to mix in as well. Low Blow is an off GCD (read: doesn’t count towards your cooldown timer) Stun, but does have a cooldown before it can be used again. Stunning deadly AoEs are crucial to surviving tough fights as a FFXIV‘s Dark Knight.

Shadowskin reduces your damage taken and can be combined with Reprisal (which can be used after a successsful parry) to provide some quality damage mitigation. Finally, Scourge should be used as much as possible to keep DoT on your enemy and increase your party’s overall DPS.

And that just about does it as far as beginner Dark Knight tips are concerned in FFXIV: Heavensward. As you level up, you’ll acquire new abilities that you’ll need to work into your rotation. But as long as you understand the basics, you’ll be in a great position to learn how to use these new abilities with ease!

Now u are in a pretty large guild and was thinking of making a private guild with Your IRL friends,but just can’t decide   being in a small guild over a larger one? Today ,we will give u some useful tips to make right decision 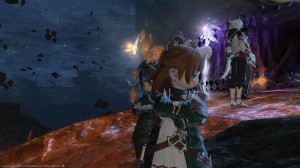 Advantages and drawbacks of larger guides:

3).can dominate a server

5).less depend on individual players

7).More officers to help u lead

3).can requires a huge time investment to manage .

4).more people to distribute wealth and perks among

6).cliques can fracture a guide

7).Guide leaders can feel islolated from the community

Advantages and drawbacks of small guides

4).fewer people to distribute wealth and perks among

5).losing any players can be a dire setback

6).pressure to attend every guide activity leads to burnout

Is FFXIV pvp systems that make the game more enjoyable/worthwhile now? There are basically two main camps of people: 1) Folks who love the PvP, but hate the long queue times. 2) Folks who hate the PvP. People in 1) wish PvP was more popular, but the reason 2) is such a huge swath of the population is because the PvP is just poorly done. Or, at least, not done in a way that lends well to most people wanting anything to do with it. 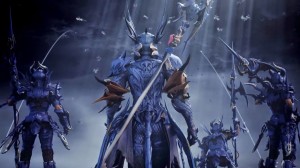 Why do people hate it? Some random examples ! 1) Class stacking. Sure, they’ve nerfed WHMs (no more stacking Medica II or using Cleric Stance for Medica II/Holy bomb madness) and BLMs (no more coordinated Swiftcast flares), but now the new hilarity instead of 8 WHM or 6-8 BLM is 6 tanks 2 healers in 8v8v8 Slaughter. You probably won’t get 1st, but I kid you not my team got ZERO POINTS because of being constantly harassed by the tank team and then sniped by the 3rd GC. So good, much fun. It might have been better if they forced role restrictions like in Wolves’ Den, making it so a Frontlines team had to be 2 tank 2 healer 2 melee 2 ranged, instead of nerfing everything into the ground, but who cares right? This is casual time!

2) Not even close to casual. Yoshida claims Frontline is for casual folks to just hop in there and have some fun, but if you’re not coordinated with your team or don’t know what you’re doing, especially as a somewhat non-obvious-what-to-do-goodly role like caster, I hope your idea of fun is getting pushed into the dirt repeatedly.

3) Too much focus on CC. Strangely, being slept/bound/multiple Cometeor’d to death isn’t much fun to the average person. Casters are possibly the least interesting, most underpowered, most overpowered depending on how poorly or well you are supported by your team. Casters are just about straight garbage on their own, but if they coordinate effectively with their team, can be the most dangerous. This doesn’t really lend well to “casual play”, and nothing about PvE prepares you for being a caster in PvP.

4) Secure is fine, but 3-way PvP for Slaughter is just awful. Seriously. It’s not very fun when 2 GCs are ganging up on the 3rd, and it happens a lot. You can survive if your entire team is coordinated and does the “right thing”, but it’s easy to just get overrun and get completely wiped out. When the map pulls you into different locations (like in Secure) this isn’t a big deal and not really even a thing, but in Slaughter it’s pretty garbage.

5) Targeting. Yeah, it’s bad. Try clicking or tabbing onto the person you want in 72 man Slaughter before he goes from 5% HP to 100% HP. Seriously, good luck. Possibly the thing that irritates me the most in PvP.

6) Takes millions of years to rank up so you can wear the gear you already bought while ranking up. Maybe if PvP was more fun it wouldn’t seem so bad, but the fact that it’s a horrendous grind PLUS it’s super frustrating means people who have come here for the glamours will quickly leave or just hate themselves constantly as they slog through it.

7) Etc. One could go on almost forever. Maybe PvP will get reworked when they get more serious with Wolves’ Den, since they said they want ranked seasons and such. If PvP continues being basically garbage, and they want stuff like ranked seasons to succeed, maybe they will finally listen to players and maybe even interact/discuss with them what needs to be fixed once ranked seasons come out and they fail hardcore. Like, how is there not assists in Slaughter? I don’t even.

It seems like Yoshida wants PvP to be a major component of the game, but the “work” they’ve done with how PvP works even at a base level is not really reflective of this, which is why most everyone hates it. Certainly, I want to love PvP, but there’s no real drive from the dev team to make it into something worth loving.