Here reveals a list of top five picks for Kia Most Improved Player and you can make a comment to send us your picks.

Summer in NBA is where foundations are laid, the next step up the ladder is is climbed, where good can become great. There’s already room to get better and that’s why our annual Summer Dreaming series, looking way ahead at the award winners for the 2016-17 season, tips off with a look at the guys who spend their summer in the gym working. 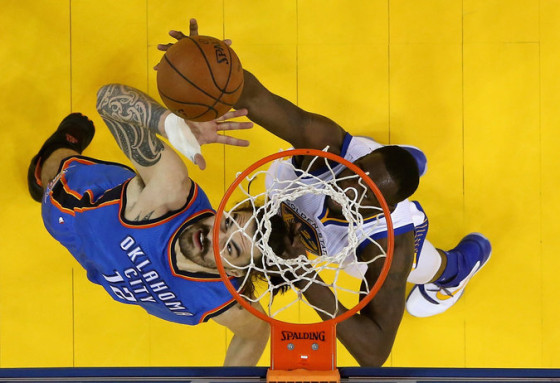 Steven Adams, Oklahoma City Thunder: Don’t think of him as just a sizable change of pace for the Thunder anymore. Adams has progressed way past the point where he gets onto the floor in OKC just to take up space and set an extra hard (dirty?) pick or clobber an opponent who dared try to take the ball to the basket.

Adams was so effective as a starter in his third season that coach Billy Donovan had to keep increasing his minutes until Adams became something of a monster in the playoffs. It was the quantum leap forward by the 7-foot Kiwi that enabled GM Sam Presti to shed the big-money contract of Serge Ibaka this summer. You can be sure that Adams will play an even bigger role now in the absence of Durant. 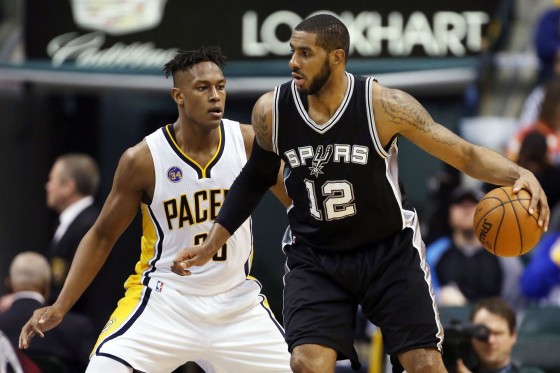 Myles Turner, Indiana Pacers: The 6-foot-11 center out of the University of Texas just turned in a rookie season when he averaged 10.3 points, 5.5 rebounds and 1.4 blocked shots (while playing just 22 minutes per game). He stepped into the hole left by veteran center Roy Hibbert and helped the Pacers start the transition to a new era while earning All-Rookie second team honors.

Just 20 years old, Turner took another step forward in the playoffs when he made himself a force in the paint at both ends of the floor. Team president Larry Bird is so high on Turner that the plan that is for Paul George and him to be the 1-2 punch going forward. Turner also spent the summer playing for the USA Basketball Select Team that practiced against the Rio Olympic team and impressed many of the All-Stars who make up Team USA. The summer spent getting guidance from the likes of coaches Mike Krzyzewski and Gregg Popovich should accelerate the learning curve and get the Pacers back to being challengers to LeBron James and the Cleveland Cavaliers in the East. 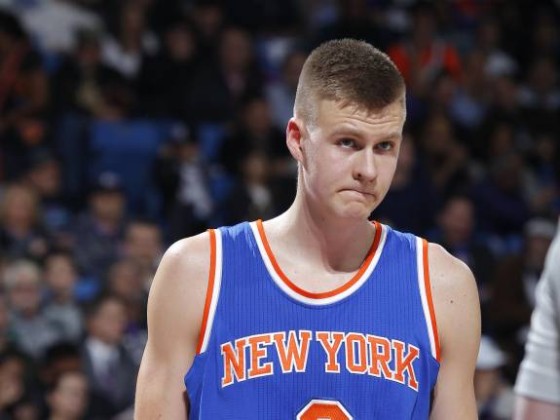 Kristaps Porzingis, New York Knicks: How can anybody forget the TV image of the young Knicks fan who cried when the 7-foot-3 Latvian was taken with the No. 4 pick in the 2015 draft? Then how could we all forget that young power forward got his feet under himself quickly and wound up averaging 14.3 points, 7.3 rebounds and 1.9 blocked shots and finished as runner-up to Karl-Anthony Towns in Kia Rookie of the Year voting? The second-guessing of team president Phil Jackson on the pick has stopped, but not Porzingis himself.

Long, lean, athletic and having already shown versatility, Porzingis has been constantly in the gym since the Knicks season ended back in April, working with assistant coach Josh Longstaff, who used to work in Oklahoma City. It’s far too early to make the comparisons to Kevin Durant, but Porzingis has range out to the 3-point line and has been concentrating on improving his shot selection. He’s only scratched the surface. 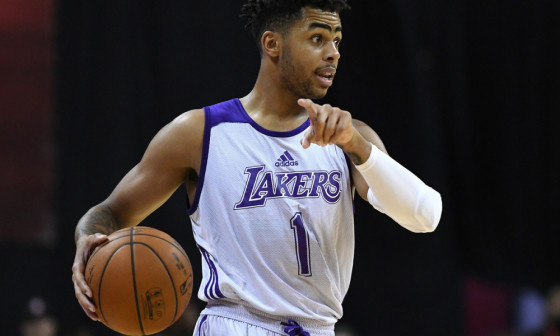 D’Angelo Russell, Los Angeles Lakers: Is the enduring memory of Russell’s rookie season going to be the poorly thought out video posting of teammate Nick Young that brought his fitness as a professional into question? Or will it be the constant verbal beat
downs he got from ex-Lakers coach Byron Scott, who seemed intent on running a season long hazing ritual for his rookie point guard? Scott has been replaced by Luke Walton, the looming shadow of Kobe Bryant is gone from the Lakers and it’s time to start again.

The No. 2 pick in the 2015 draft is coming off a summer league stint in Las Vegas where he seemed to rediscover the joy in playing the game again. The confidence and swagger was back. He played free and loose and was often dominant. He pulled up and drilled 3-pointers. He laughed and he smiled. It is a complete reset for the Lakers this season and perhaps nobody will benefit more from that than Russell. 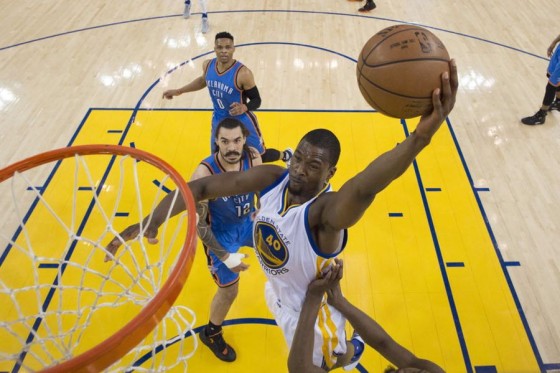 Harrison Barnes, Dallas Mavericks: You’d better believe the Mavericks (and the rest of the NBA onlookers) want to see Barnes improve after signing his $94 million free-agent contract over the summer. After all, a four-year career of averaging 10.4 points and 4.6 rebounds would seem to hardly justify the large payday.

However, Barnes’ numbers are in large part the result of the system at Golden State, where he was the fourth offensive option, at best. He had to find his opportunities as the ball moved through the hands of all those other All-Stars on the roster. The most shots he’s ever averaged were the 9.6 a game — and that was last season.

Barnes has moved to a Mavericks team that has had to rely too much in recent seasons on now-38-year-old Dirk Nowitzki, which will get Barnes more chances to show what he can do. He and Dirk should get each other more open looks at the basket and if the Mavericks make another run at the playoffs, recognition and honors could come his way, even if it’s more about opportunity than sheer improvement. 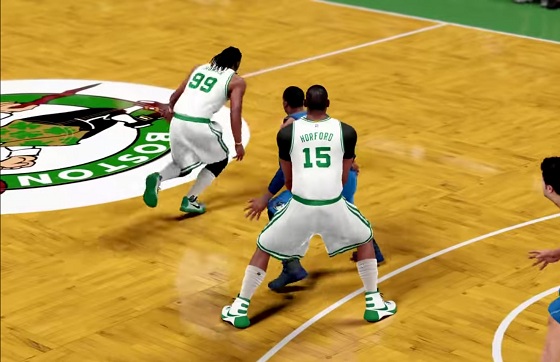 Dragan Bender | Israel | PF | 7-1 | 220
For all the talk about the possibility of the 76ers and / or Lakers making deals, the Celtics are probably the best candidate of all as a team pushing to get in position for a long playoff run now. The obvious need of adding outside shooting, especially behind the arc, puts Buddy Hield in the mix for the top three. But some teams think Bender has a chance to be great and one GM said he could easily see the Croatian becoming the best player in the draft in time. Bender is not Kristaps Porzingis no matter how many people want to make the comparison – Bender is a better distributor, Porzingis has better range – but the offense is very intriguing. 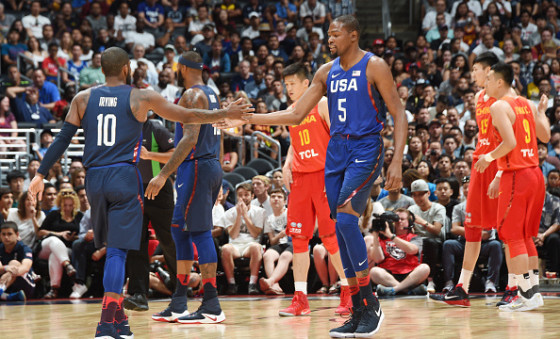 Ben Simmons | LSU | PF | 6-10 | 245
While Julius Randle just averaged 10.2 rebounds in his first full season, Simmons’ versatile offensive game allows him to fit almost anywhere. And if the 76ers pick Simmons, Ingram is a great fit for Los Angeles. The increased public visibility once Simmons reached college, as opposed to simply being tracked by the NBA from his native Australia to high school in Florida, was followed by the inevitable backlash. But Simmons was the consensus No. 1 at the start of the season and held the spot as his LSU one-and -done ended with the Tigers missing the NCAA tournament and saying they would not accept an invitation to one of the smaller postseason events. There are concerns about an attitude that comes across as, in the words of one GM, prima donna. 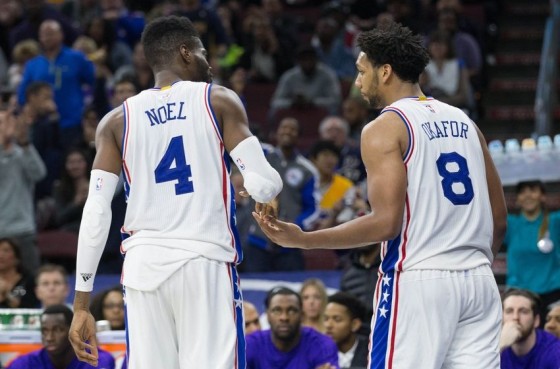 Brandon Ingram | Duke | SF | 6-9 | 200
Philadelphia’s need for scoring gives Ingram the edge over Ben Simmons in what many teams consider a close call for who goes No. 1. Ingram was smooth as a freshman, with enough ball-handling skills to create his own shot on the perimeter or play above the rim when he moves inside. Even with rough patches in his transition to college, the NBA finds it easy to envision a small forward with great size who will need to get stronger as he gets older. Ingram does not turn 19 until September, just before training camp. “You can not expect anything out of him next year,” a GM said. “He’s so weak it’s crazy.”

Many players have been confused with the MyCareer mode connections and rewards. Hopefully it will be helpful to players.

The last time the players were able to take control of Team USA was in NBA 2K13 with the team of 2012 but also the 1992 Dream Team Dream Team who will also be present in the 2K17 release.

Note that you can already pre-order the game, here for example.

Here is the press 2K Sports: 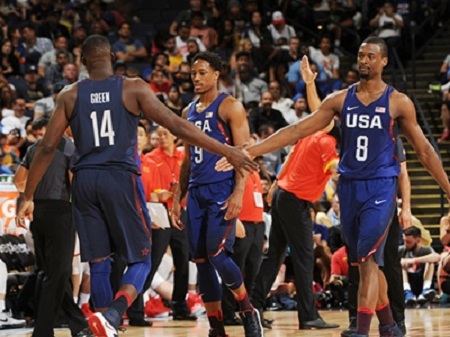 2K also reveals that the famous coach of Duke University and the American team, Mike Krzyzewski, will make his first appearance in the NBA 2K series. Krzyzewski, nicknamed “Coach K” will be on the sidelines to coach the US national team in NBA 2K17. He will also appear in a tutorial revisited focused on learning the basic strategies of basketball with, among others, pick and roll, defensive positioning, ball movement, bounce protection and reading the game.

“Basketball is part of the history of sport in the United States and I am very happy that the fans can play with the size of this year’s NBA 2K” said Krzyzewski, who, since 2008, won four consecutive gold medals in international tournaments as a coach of the US team. “NBA 2K17 is the best way to approach the legends of the” Dream Team “while paying tribute to the talent of the workforce this year. ”

Composed of Legends Hall of Fame in the NBA, including Michael Jordan, Larry Bird, Magic Johnson, Clyde Drexler, Karl Malone and David Robinson, the “Dream Team” in 1992 is considered one of the largest, if not the most great, never made teams in the history of basketball. Fans will oppose this legendary team players to the national team USAB this year, including Paul George, who appears on the cover of NBA 2K17, and athletes Kevin Durant, Draymond Green, Jimmy Butler and Kyrie Irving of Team 2K.

“We are always looking to bring the fans the best teams and the best players of the sport, and that’s what prompted this collaboration with USA Basketball and Coach K for NBA 2K17,” said Alfie Brody, vice president of marketing at NBA 2K. “We found no better way to wish good luck to the team in 2016 paying tribute this year to the legacy of the USAB while giving fans the opportunity to play with the historic team and the current team. ”

NBA 2K17 Legend Kobe Bryant Edition will be available in digital and physical format retail price of € 89.99 on Xbox One and Playstation4.

NBA 2K17 Kobe Bryant Legend Gold Edition is available for pre-order (in digital format only) and offers fans the ultimate experience in retail price of € 109.99 with the entire contents of NBA 2K17 Legend Edition and bonus items .