Not long ago, we covered the story and new dungeon about Final Fantasy XIV’s Under the Moonlight, and showed you the trailer. Now, more details on patches 4.3 has been updated. Let’s have a look! 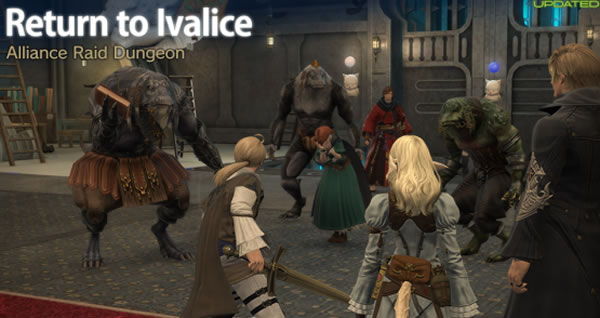 Return to Ivalice
South of Rabanastre, in a remote corner of the Valnard Sea gapes a fathomless maw that, for centuries, has slowly devoured the world around it: Ridorana. Whether you believe the cataract natural wonder or demon-torn gate to the very underworld, journeys to her edge should be made with the utmost caution, seeing as none who have stumbled into the darkness have ever returned to tell their tale. 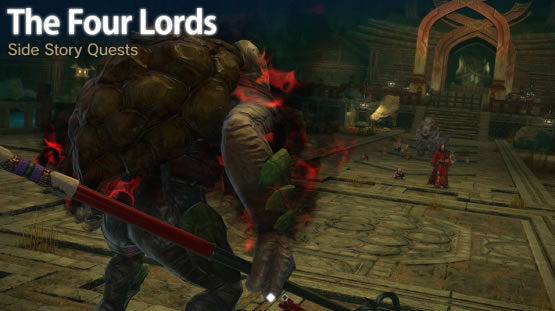 The Four Lords
The Four Lords – greatest of the auspices – once fought to defend the Ruby Sea and her people from calamitous forces. Though the Warrior of Light and his comrades managed to save the soul of Byakko, one of these ancient guardians, they are not yet ready to face the threat which looms on the horizon. 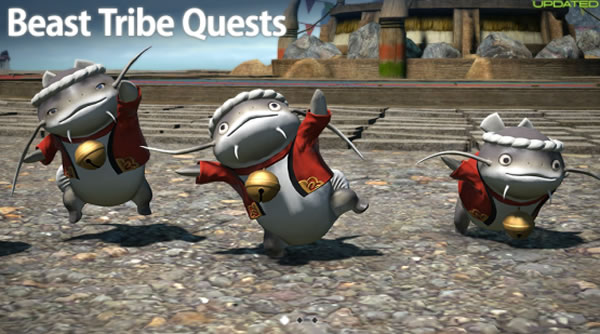 Beast Tribe Quests
The Namazu, despite their appetizing figures and weakness to tea, have survived the centuries to thrive within the walls and jars of Yuzuka Manor – until now. Now, they face a fate that would doom their tribe, one and all, to be wiped from the face of Hydaelyn! But one Namazu would yet stand against these forces of destruction. Boldly, proudly, he would stand between his brethren and certain annihilation. 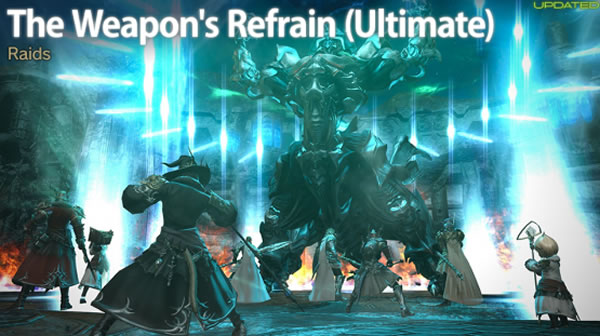 The Weapon’s Refrain
Just as warriors temper their spirits in battle, so too does the wandering minstrel hone his craft through colorful retellings of heroic deeds. His rendition of your triumph over the Ultima Weapon takes the threads of history and weaves them into an epic tapestry. However, his ballad contains so many embellishments and fabrications that it bears little resemblance to your own tale, and you wonder if he was even listening to you.

Custom Deliveries
Kurenai has a dream. And to realize that dream, she needs custom deliveries. As a Disciple of the Hand or Land, you may contribute to her ambition to bring change to Sui-no-Sato. And who knows? If you do enough for her cause, she might even let you dress her up.
Doman Reconstruction
Having cast off the imperial yoke after twenty-five years, the people of Doma are free at last. A new day dawns, but it will be a day of work, for the enclave many call home remains a shadow of its former self. The Shazenkai, an organization formed to facilitate the reconstruction and revitalization of the settlement, is prepared to lead the way – but they will need to look to others if they are to succeed in this bold endeavor.

Duty Finder Update
The Gold Saucer has a host of attractions, and participating in its two premier events has never been easier. Whether you’re at the Gold Saucer or a world away, the Duty Finder can be used to join chocobo races, Lord of Verminion’s NPC master battles, and the all-new Lord of Verminion master tournament battles!
Cross-World Linkshells
Bridge the gap between Worlds with the new cross-world linkshell system. Keeping in touch with friends on the same data center has never been easier.

Glamour Dresser
There is no greater quest than seeking the perfect outfit, and the glamour dresser is here to help. This already spacious commode of clothing can now hold a greater variety of gear. What’s more, any clothing turned into glamours can now be restored to its original form.
Message Books
Wondering if friends dropped by your estate to say hello? Leave a message book to sign and wonder no longer! Perhaps you’ll even find thoughtful notes from an unexpected caller.

Frontline
When stepping onto the battlefield, one must be ready for anything, and Frontline campaigns are no exception. With a new daily rotation between the Fields of Glory, Seal Rock, and the Borderland Ruins, the Grand Companies are certain to keep adventurers on their toes.
Performance Actions
The bard action Performance receives further improvements with new instrument tones added to its repertoire. What’s more, players can now share the gift of music in more areas!

New Mounts
Be it by land, sky, or sea, these new mounts will take you where you need to go.
New Minions
Be the envy of your fellow adventurers with these adorable wind-up toys.

New Hairstyles
These new hairdos are bound to leave an impression!
New Emotes
Express yourself with these new gestures and poses!
For more information on Final Fantasy XIV Patch 4.3, please visit our website, we will update news in real time and bring you the discount Final fantasy xiv gil.