There are many bonuses to becoming Elite, such as additional reputation and quest gold. However, Elite can be considered the most efficient investment for any character for making Tera gold. When it comes to the best prices for cheap Tera gold, U4GM is the place to be. We have been dedicated to helping game players enhance their experiences by providing the best service in acquiring the Tera Gold. 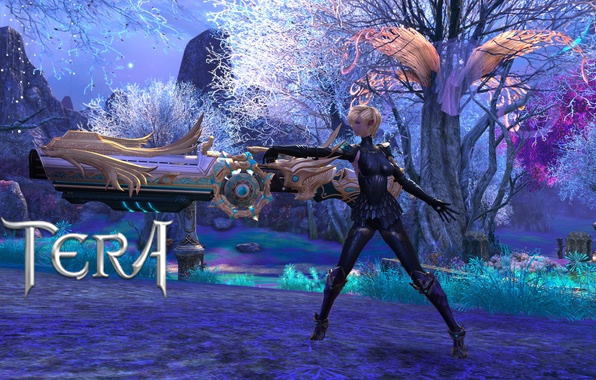 To make things clear, you are not restricted to buying Elite status with real money. It can be purchased quite easily at 20k gold (Tempest Reach server). I highly recommend Elite status is the first investment for any player with a character at 65. The price is reasonable and pays itself off very easily. If you do not have the funds to purchase Elite, a loan can be taken out by most guild members at little to no interest.

Vanguard Daily Points
The double vanguard daily points pertain to vanguard initiative quests or “H” quests as they are commonly referred to. These can be accessed by pressing “H” in-game, whereas a screen shall reveal a number of optional quests that a player can do. These are very profitable, however, a character has only so many vanguard quests or “vanguard badges” he/she can do every day.

Buying Elite, however, increased the maximum number of quests as well as doubling the “vanguard points” upon quest completion. Simple math reveals that these effectively quadruple your earnings if you were to maximize your game time to finishing all available vanguard badges. I will go further in exactly how these quests make money, but it is important to note that Elite will benefit players completing vanguard dailies immensely.

Extra Dungeon Count
The quadruple dungeon count is deceptive. This is only the potential number of dungeons a player can run not the given amount. Every day, players are given a maximum number of times they can run endgame dungeons. For example, players are usually given 1 Akeron’s Inferno (Normal Mode) run every day. However, with Elite, this cap automatically doubles to a result of 2 dungeon counts per day. On top of this increase, everyday Elite players will get a free box of goodies, within these goodies is an item called the “Elite Instance Reset Scroll”. This item resets a player’s dungeon count ie gives the player another ‘day’ of instances. If an Elite player wished, he could run a dungeon 4x! as much as a player without Elite status.

Gold Hunter Boosts
Finally, an Elite player will receive 12 “100% Gold Hunter Boost” a day. This is an item with a 1-hour in-game timer that doubles the amount of gold a player loots from the ground. This can become very handy in various dungeons as well as gold farming from mobs and bams (big ass monsters). It is important to note that the boosts are stackable. They have a 10-minute cooldown upon use, however, if a player used 6 boosts at 10-minute intervals, they will create a queue of 5 gold hunter boosts on top of their original. With this, one can retain the benefit of gold hunter constantly without risk of the effect timing out. Obviously, a non-Elite player will receive none of these benefits.

In conclusion, Elite status greatly benefits any player attempting to make money in Tera. It should be the primary investment regardless of gear status. In fact, it should supersede any other purchase. If a player’s Elite is timed to run out that player should be certain to have enough funds to retain his/her status, it is that important. About how to earn gold, see more at – https://www.u4gm.com/tera-gold.